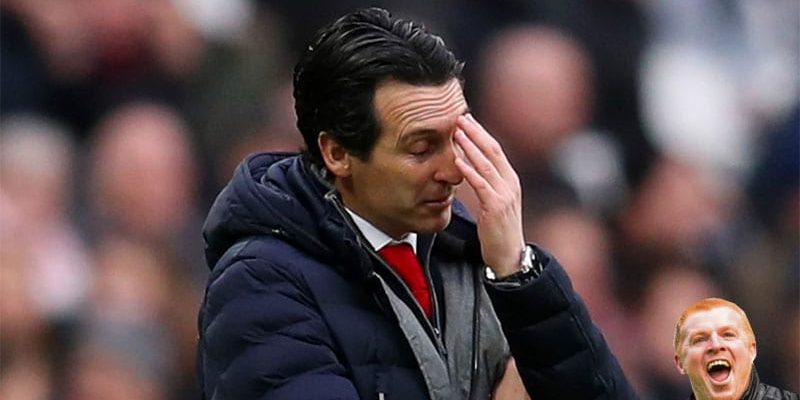 If you have ever had to hide behind the couch while the TV licence man or an ex-girlfriend is hammering away at your door you’ll get a sense of what it has been like for Celtic fans for the past few weeks.

A skint Arsenal club were acting like a bunch of fucking self-righteous religious nut jobs banging down the front door at Celtic Park trying to prise away the crown jewel. Fair play to the lads behind the couch who didn’t entertain the Londoners insulting offers.

Luckily last night they finally got the message and pissed off back down to England to finish outside the top four but inside the top ten to their soulless fans in the greatest league in the world ever.

For now, it looks like KT is here for nine in a row, unless, them slippy bastard Italians start showing up at the front door. FFS.