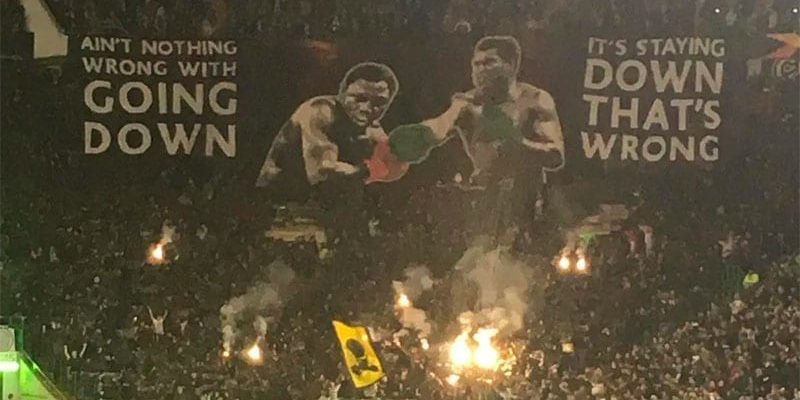 KT was probably too young to remember the “boring boring Arsenal” tag the club carried around with them for so long. Most people thought it was because of their 1-0 wins back in the day when in fact it is that Arsenal fans are fucking stone-cold boring as fuck.

Tierney enjoyed a good relationship with Celtic fans, he had more songs sung about him in a few seasons than Arsenal fans have made up since their foundation in 1886. KT has just realised Gooners are only passionate about their team when they are pissy moaning about how they used to be invincible.

Allegedly on a phone call to one of his Burberry crew back home, KT couldn’t hide his shock not only that Arsenal fans only have two chants but that the two of them are pure shite.